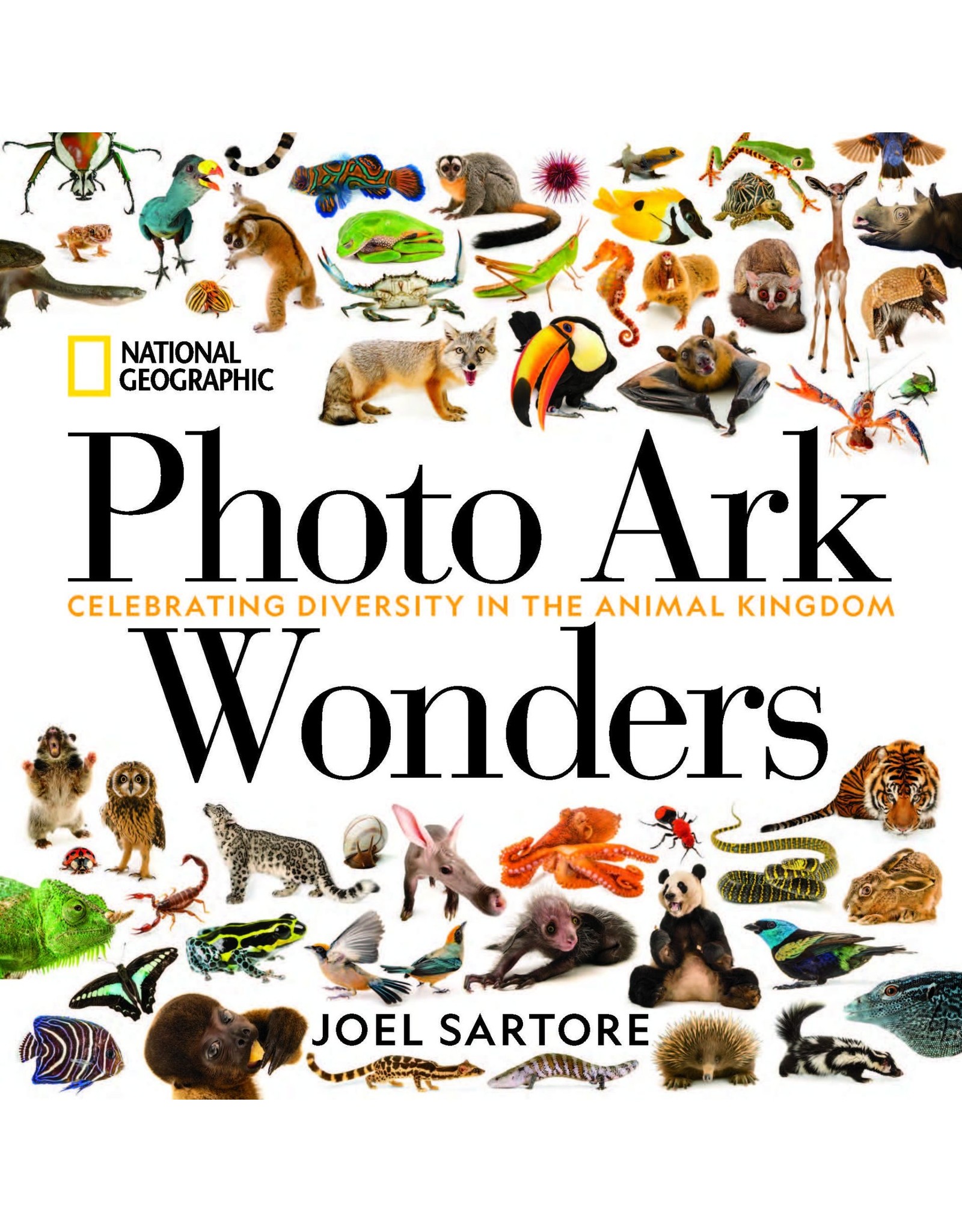 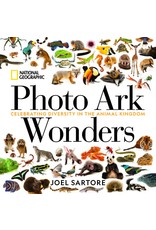 A glorious new volume of Sartore’s signature animal portraits, this time highlighting the fascinating shapes, patterns, and expressions of animals both familiar and little known.
Joel Sartore, on a mission to photograph all the animal species in human care, now delights us with more photographs, this time selected to represent the amazing diversity of the world’s animals.
The book’s four chapters -- Pattern, Shape, Extra, and Personality -- invite us to revel in these photographs, many cleverly paired into amusing and often surprising comparisons, like the catfish and the mouse with the same stripes down their backs, the tarantula and the poison dart frog both cobalt blue, or the tiny lizard and the weighty ox both sporting pointed horns.

With all new image selections, this book expands the best-selling Photo Ark series, sure to be a hit with those who already treasure National Geographic Photo Ark, Birds of the Photo Ark, and Photo Ark Vanishing.

Award-winning photographer and regular contributor to National Geographic magazine, Joel Sartore is the founder of the National Geographic Photo Ark, a 25-year documentary project to fight global extinctions by photographing every animal species in human care. Sartore estimates the total to be 13,000; to date he has photographed more than 10,000. Known for his sense of humor and midwestern work ethic, he travels the world to find new animals but is always happy to come home to Lincoln, Nebraska, where he lives with his wife, Kathy, and their three children. Web: joelsartore.com. Instagram: joelsartore. Facebook: Joel Sartore, photographer. Twitter: @joelsartore